Pirate attacks are not a thing of legends or tales of the past. They are very much current and they're actually on the rise.

To bring you up to speed, here are a few of the most recent pirate attacks on container ships:

Pirates attack the Maersk in the Gulf of Guinea

The Maersk Cadiz fell victim of an attack in the Gulf of Guinea right before Christmas 2020. The 249 meter-long vessel, with a capacity of 4,500 containers, was headed from Tema in Ghana to Kribi in Cameroon. Fortunately, this attack was averted, and both the ship and 21 crew members were safe and secured.

Then, on a Wednesday evening in mid January, pirates attacked and attempted to  board container ship Maersk Cardiff also in the Gulf of Guinea.

Just as with Maersk Cadiz, the Maersk Cardiff was traveling from Tema in Ghana to Cameroon. This time, the 4,500 teu container ship was able to alert a patrol vessel. By the time the guard vessel arrived at Maersk Cardiff, the pirates had retreated. The crew was reported safe and the vessel secured.

On the 8th of January, the Dusseldorf Express container ship was boarded by pirates off the coast of Colombia. The 4,612 teu vessel was sailing near Cartagena in Columbia when the attack happened. Pirates did manage to board the vessel, however the crew was reported unharmed and the vessel secured. Some reports of suspected drug trafficking related motives have since surfaced.

The most recent and concerning pirate attack has been on the 2824 teu Happag Lloyd chartered vessel, MV Mozart, on the 23rd of January. During the attack, armed pirates boarded the ship and then broke into the ship’s citadel, possibly via the use of explosives.

Fifteen crew members have been kidnapped from the container ship sailing through the Gulf of Guinea. One crew member, an Azerbaijani engineer, was killed. Even though the pirates had disabled the ship’s electronics, three other crew members managed to escape and sailed the vessel to safety in Gabon waters. The ship is now anchored off Port-Gentil.

The fifteen captured seamen are Turkish nationals. The attack was the first major act of piracy targeting Turkish seamen since the 2019 abduction of 10 sailors off the coast of Nigeria.

Turkish authorities announced that rescue efforts are underway and contact has been established with the abducted crew members. All are reported unharmed and together. Negotiations are ongoing with the pirates to secure the release of the hostages while the families of the captured sailors early await any updates. 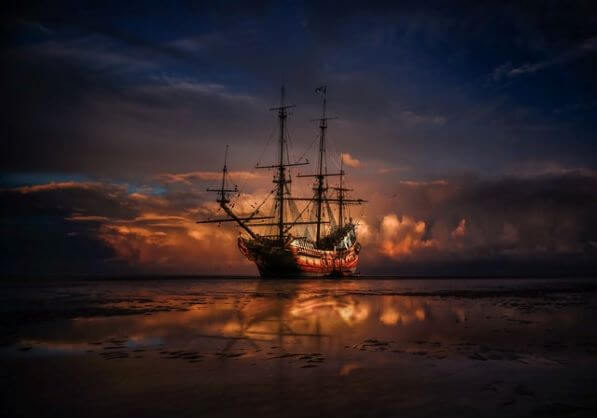 As container vessels are not armed with weapons, armed pirates have an advantage. Gangs coordinate in strategic moves to onboard a ship. The only defense a ship is typically equipped with is a citadel in which the crew can lock themselves in until the pirates disperse.

There were 195 attacks, with 135 crew kidnapped, according to the International Maritime Bureau’s Piracy Reporting Centre. In 2019, the equivalent figure was 162 attacks.

3. The Gulf of Guinea is presently the most dangerous sea in the world for piracy.

The Gulf of Guinea are the waters off the coasts of Nigeria, Guinea, Togo, Benin and Cameroon. This region accounted for 95% of hostages taken in 22 separate instances.

4. Pirates are not necessarily after your cargo.

Pirates now tend to prefer human hostages over ships and cargo. Typically, pirates attempt to take hostages when they succeed in getting access to vessels and then negotiate high ransoms with families and shipping companies to release the hostages.

Each band comprises 20 to 50 members. This is according to the estimates of Bertrand Monnet, a professor of criminal risk management who has studied piracy in the Niger Delta region for 15 years.

“The Delta both provides the launch area for the pirates but is also where they go back to when they have their kidnapped crew” to negotiate ransoms, said Max Williams, security firm Africa Risk Compliance’s London-based chief operating officer.

6. The most dangerous piracy hotspot used to be the Gulf of Aden.

Located off the Somalian coast, pirate attacks were at an all-time high a decade ago. They largely died down as shipping companies implemented new security protocols and sailed further away from the Somalian coast. Plus an international task force of warships deterred pirates.

Turkey contributed significantly in the fight against piracy as it commanded the Combined Task Force between June 25 and Dec. 10, 2020, in the Gulf of Aden and in the Indian Ocean.

And piracy Asian waters jumped 17 percent last year. The Sulu-Celebes Seas and waters off Eastern Sabah remains a concerning piracy hotspot as well the Malacca Strait off Singapore, the second largest port in the world, also seeing a significant number of attacks. 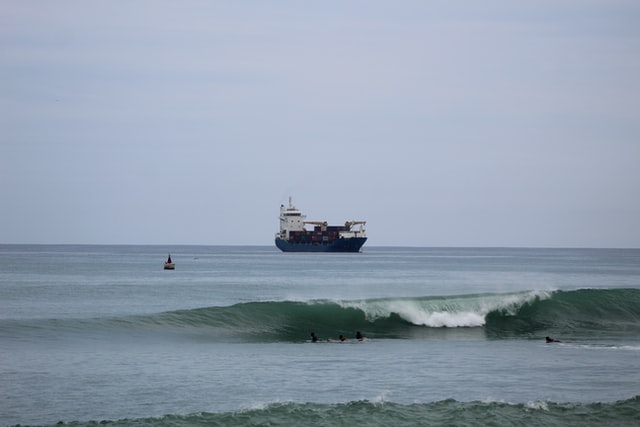 Eradicating piracy is not an easy task

Due to the many different countries bordering the regions, different jurisdictions are present and need to come together to find a suitable arrangement. Twenty-five African governments signed the Yaoundé Code of Conduct in 2013 to tackle piracy. It should facilitate information sharing and have established five jointly patrolled maritime zones. However, it has been only partially implemented and most of the countries’ navies safeguard only their own waters. Also, another major factor contributing to a piracy hotspot is the general instability of the region.

The current call for action

"We have seafarers that are afraid of pirates – that shouldn't be the case in 2021," stated Aslak Ross, head of HSE & Marine Standards at Maersk.

Maersk among the loudest voices is calling for international action to resolve the escalating situation in the Gulf of Guinea. And the latest pirate attack on the MV Motzart, also prompted a call to the United Nations for joint action against piracy. The head of the Turkish Shipowners Association, called on the countries’ navies to act in cooperation and for the United Nations to sanction operations in the area against piracy.

“(The) International Maritime Organization (IMO) can lead the call for joint security action against piracy. Such joint action helped (to eradicate) piracy in other regions,” he said.